Is Russia Waking Up?

Protests in Yekaterinburg ended in a victory for civil society. Who’s next?

The article has been published June 6, 2019 by The Nation.

The residents of Yekaterinburg did not allow the authorities to build a new church on a square in the center of town. The result of the tense standoff in May 2019, widely covered in the national media, has been called the most serious defeat for the Russian regime in recent years. Protests are under way since the beginning of the year in other regions as well—in Arkhangelsk Oblast, the Moscow region, Irkutsk, Krasnoyarsk, and Ingushetia. The causes are similar: ecological problems, construction of elite sites inside public recreation zones and nature preserves, open garbage dumps next to residential areas, unpaid salaries, and most important, a total disdain for the needs and opinions of citizens and an unwillingness to hear them. Tellingly, the recent protests are totally lacking a political component, unlike the Bolotnaya demonstrations in 2011–12; these protests are about everyday interests, often localized issues, that unite various viewpoints, ages, incomes, and education. The situation in Yekaterinburg is typical for Russia.

The protest is not against the Kremlin—it is local and not initiated by a political party.

The church honoring Saint Catherine (Yekaterina), the patron of Yekaterinburg, was due to be completed in time for the city’s 300th anniversary in 2023. As Yulia Kalinina, columnist in the popular daily newspaper MK, wrote, “If they want to build a church in the middle of the city, there’s money there.” Building churches in Russia has long been a profitable business that invites the zealous participation of government officials, who grant permission for construction, and friendly firms and no-less-friendly church officials.

The political commission for the important ideological construction in Yekaterinburg went to two of the largest companies in the Urals region in metallurgy and copper. Besides the church itself, the project envisioned parking lots, a mall, and other infrastructure that promised major income for the builders and the owner (the Russian Orthodox Church). That is why the chosen site was right in the center of the city. For the last two decades this scheme has been followed in many Russian cities—new churches arising where parks and kindergartens had been. The local citizens are not asked for their opinion. And no one reacts to the calls from naive enthusiasts to restore or at least save dozens and hundreds of old churches from destruction, churches of the 16th–19th centuries that had miraculously survived the years of revolution, wars, and the official Soviet attack on religion.

The American photographer and researcher William Brumfield, who has been photographing and describing the wooden architecture of Russia for the last 40 years, remarks bitterly that a great part of the buildings in his photo archive exist only in the pictures. They have been destroyed, ransacked, burned down, or have just disintegrated in our day. However, this does not particularly worry secular or church officials: You can’t build a parking lot, gas station, or store in an abandoned village. People, including the truly devout, understood that fact long ago, and they have no illusions about the priorities of the church, which has united with the secular state and aspires to play the role of the ideological department of the Central Committee of the Communist Party in the days of the USSR. The 70 years of militant atheism in the USSR did not pass without a trace. Despite the fact that more than 70 percent of Russians consider themselves Russian Orthodox (according the Levada Center survey), only 10 percent could explain what the Trinity was. A recent survey before Easter showed that the majority of respondents did not know what was being celebrated on that day.

The decision to build a new religious and commercial center without discussion infuriated Yekaterinburg’s residents, and in the beginning of the year they set up an initiative group calling for a referendum. It didn’t work. On the night of May 12, the future building site was fenced in. On the evening of May 13, more than 1,500 people came out to protest. They wanted to hear from the city leaders. Most of the protesters were young and many brought their children. They toppled the chain-link fence. Members of the mixed-martial-arts club of the Russian Copper Company (one of the builders) scuffled with the protesters. Journalists got beaten up, too. There was still no dialogue with the authorities the next day, but police were sent (from neighboring regions, as well) to the unsanctioned meeting, and they acted ruthlessly, using tear gas and clubs. More than 100 people were arrested, and there were reports of broken ribs and arms and bashed heads. The federal media came to the defense of the construction: Propagandists on air called the protesters rebels, “monsters,” and “devils,” and the pro-Kremlin Sergei Markov blamed American interference and influence on supporters in Moscow. Dmitri Peskov, press secretary of the Kremlin, said that the Yekaterinburg authorities were behaving properly, since “there was no point in encouraging unsanctioned meetings.”

President Vladimir Putin did not comment until May 16, suggesting they survey the residents. Suddenly the local administration heard the people! Things moved swiftly: The work was stopped, the fence removed, and the site relocated. Of course, the activists are still getting threatening calls and letters, and the Internet trolls are busy. On May 29 Roskomnadzor (in charge of information technology and mass media) removed the YouTube videos of the protests at the request on the General Procurator’s Office. But something changed in the air, and not only in the Urals.

For example, earlier this year, on January 10, 2019, the order given two years ago to turn St. Isaac’s Cathedral in St. Petersburg over to the church was declared invalid. That was the result of the long struggle between the citizens and the government. The originator of the idea (in the official version), Governor Georgi Poltavchenko, has retired.

The question now is who will be put in charge of the construction of St. Catherine’s? More importantly, will people learn from this experience? Will the government talk to people?

Yekaterinburg, which had elected the opposition mayor Yevgeny Roizman several years ago, proved that people in Russia are ready to stand up for their opinions. People are starting to realize that their life, in things great and small, depends on them. That is the main lesson here. 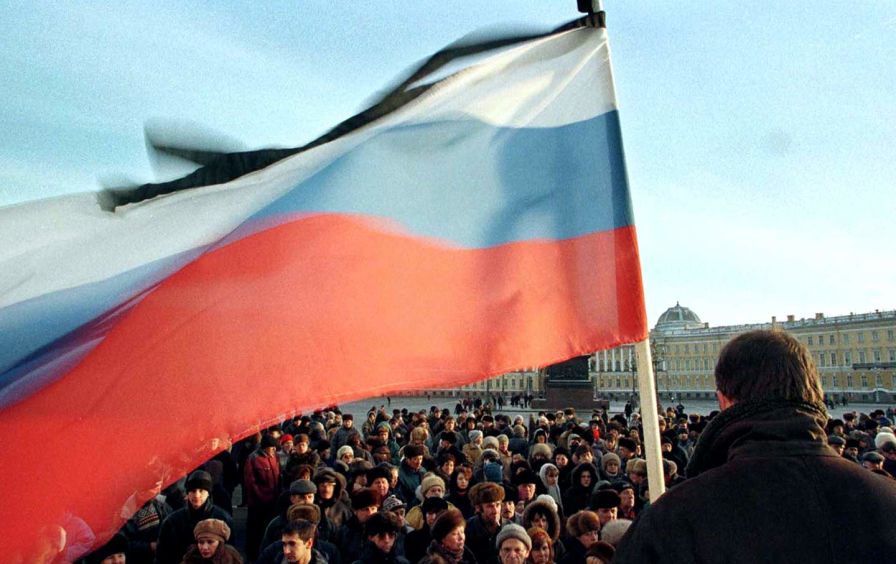