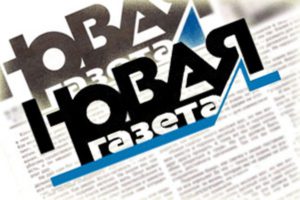 We, members of the ‘Free Word Association’ – writers, journalists, cultural activists, and scientists – are extremely concerned about the threats aimed at our colleagues, the journalists of ‘Novaya Gazeta’, which published materials on mass detentions, tortures and extrajudicial reprisals of citizens in Chechnya.

We believe that the threateningly aggressive reaction to journalistic work, made public on April 3 at a many- thousand gathering in the Central Mosque of Grozny, is unacceptable in a civilized society and should be evaluated in view of the Russian law.

The lack of proper response from law enforcement services and the country’s leadership has entailed yet another threat, this time to journalists of the ‘Echo of Moscow’ radio station who stood up for their colleagues from ‘Novaya Gazeta’.

We remember the outcomes of such threats quite well. The still unresolved murders of Anna Politkovskaya and Natalia Estemirova and the inability of the investigation and the court to carry out a full-fledged process on Boris Nemtsov’s assassination make us watch the development of the current situation with special concern.

We demand that law enforcement agencies and the Prosecutor’s Office of the Russian Federation give due legal assessment to actions aimed at inciting hatred and enmity towards journalists fulfilling their professional duties and to put an end to the attempts that have been recently made to substitute the legal basis of the Russian Constitution with any remnants of customary law or religious dogma.