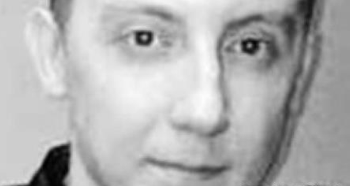 As it became known from the mass media and human rights organizations, a writer, publicist, journalist Stanislav Aseyev (known under the pseudonym Stanislav Vasin) disappeared in Donetsk.
Stanislav Aseyev is an author of journalist essays and reportages from Donetsk published in a number of Ukrainian media: “Український тиждень”, “Украинская правда” and “Зеркало Недели”. He is also the author of a collection of short stories and the novel “The Melchior Elephant”. Stanislav Aseyev is one of the few critically minded journalists covering events on the territory of Donbass which is out of control of the Ukrainian government. Fear for his safety made him write under a pseudonym. According to Tatyana Yakubovich, editor of “Радио Донбасс. Реалии”(a Radio Liberty project), Stanislav Aseyev was aware of the danger he faced on the territory of Donbass. Yakubovich confirmed that Stanislav Aseyev (Vasin) worked in Donetsk exclusively as a journalist.
At present, his relatives and colleagues fear that he was kidnapped and probably is being tortured by the separatists in so-called Donetsk People’s Republic (DNR). His mother reported that she had last talked with her son on June 2. On June 3, Radio Free Europe – Radio Liberty did not receive the expected reportage from him. Since then, colleagues have had no contact with him. At the same time, his apartment in Donetsk was rummaged, his computer is missing, and his social net account was hacked. According to YegorFirsov, a friend of the journalist and former deputy of the Ukrainian parliament, Stanislav Aseyev was detained by pro-Russian separatists who control Donetsk.
On June 8, Ukrainian authorities announced an investigation on the circumstances of Stanislav Aseyev’s disappearance. On June 12, the National Union of Journalists of Ukraine asked representatives of international missions in Donetsk to help locate Aseyev (Vasin).
A number of international organizations have already spoken Indefence of Stanislav Aseyev: Reporters Without Borders, the European and International Federation of Journalists, Committee for the Protection of Journalists (CPJ, New York), Radio Free Europe – Radio Liberty, the UN Human Rights Monitoring Mission, the OSCE and others.
Free Word Association joins appeals to those who are detaining the writer and journalist Stanislav Aseyev to immediately release him, and calls to the international community to make every possible effort for releasing Stanislav Aseyev.