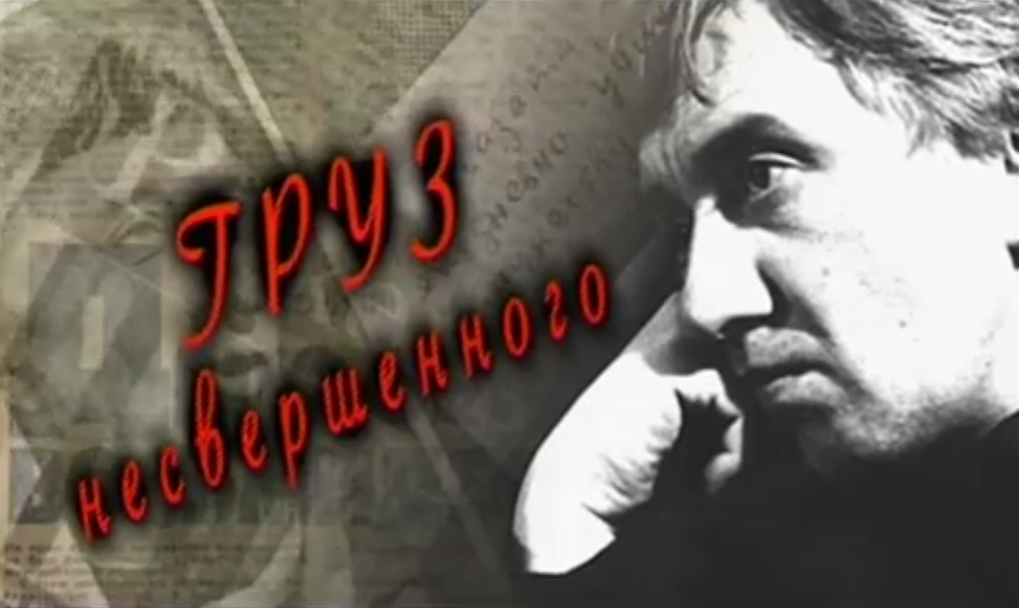 Golden Film Studio’s 40-minute documentary examines the life and work of investigative journalist and Duma representative Yury Shchekochikhin. An outspoken champion of democracy, free expression, and the rule of law during perestroika and in post-Soviet Russia, Yury was famous for his probing investigative reporting on corruption, the KGB, human rights’ violations, international organized crime, and the war in Chechnya. Yury died in 2003, under unclear circumstances, in the middle of a major investigation of corruption at the top levels of the Russian law enforcement and intelligence services.

With a script by Nadezhda Azhgikhina, and directors Eugenia Golovnya and Julia Mavrina, the film presents the voices of Yury’s Russian, Ukrainian and Georgian colleagues, all participants in the dramatic political and social events that transformed post-Soviet societies. As the film shows, the “perestroika generation’s” dreams of freedom and human dignity are still alive and well among Russia’s young people today.

One of the first shows took place June 30, 2017, at the Shchekochikhin commemoration meeting organized at the Sakharov Center by the Free Word Association.

The film with English subtitles is available at: https://yadi.sk/i/CKAoytux3LkxGH