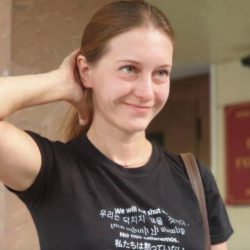 November 6, 2019 The Russian authorities should drop all charges against Svetlana Prokopyeva, PEN International and PEN Moscow said today, as the journalist is facing a lengthy prison sentence for ‘justifying terrorism’ following comments she made on a radio show. The organisations further call on the Russian authorities to stop harassing and intimidating journalists who Read more about Groundless charges against journalist Svetlana Prokopyeva should be dropped[…]